Skip to content
Free shipping on all US orders over $50
Discounts Available to Military and 1st Responders - Email Customer Service for Details
Buy 2 or more SUPs and save! Use promo code BulkDiscount at checkout.
SIGN IN
$0.00 Cart 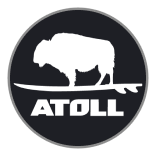 How to Choose Your SUP Fin Size, Shape, and Position 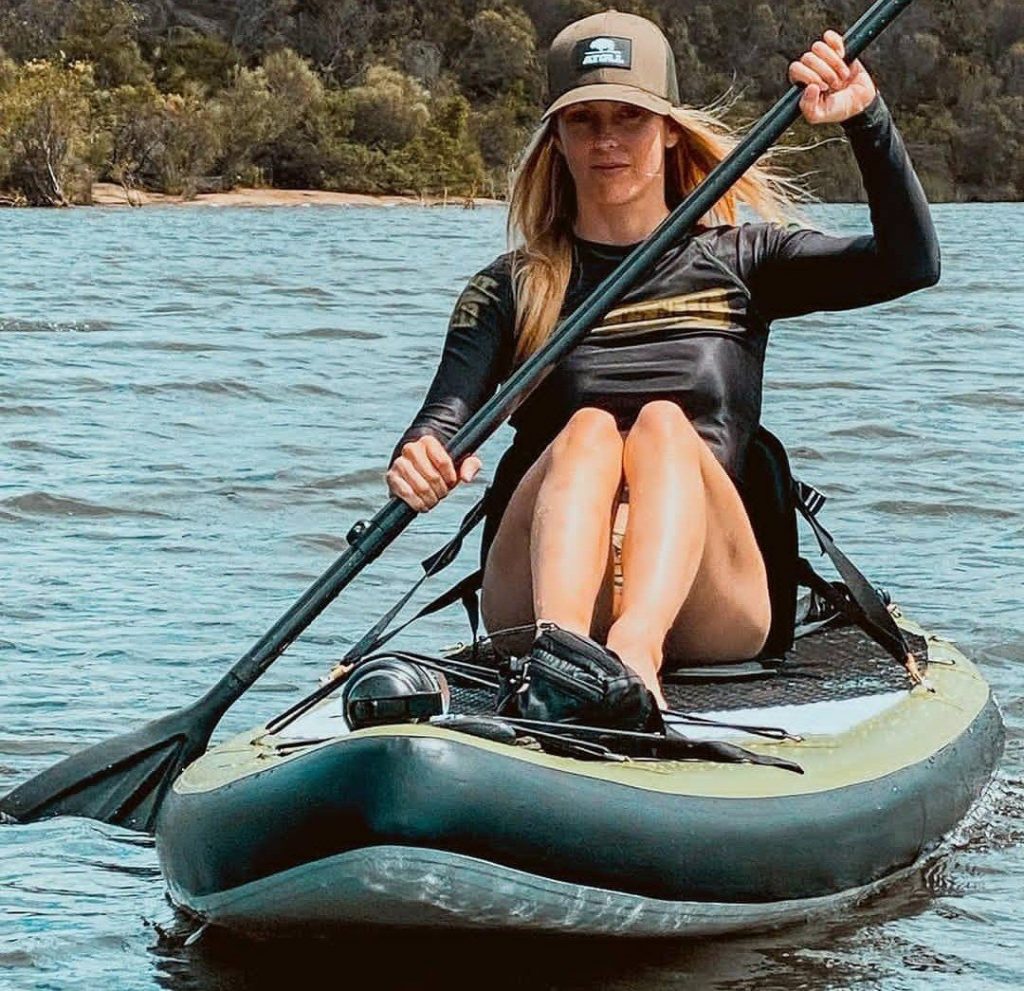 In this article we discuss everything you need to know about sup fins. Use this short guide to choose the correct inflatable paddle board fin.

Most paddlers know – fins are important. They keep the board tracking straight in the water. Aid in balance. And can be altered to help improve performance in different environments. They are an essential part of the gear kit included in every purchase.

However, where most newbies and even veteran paddlers fail to understand is the nuance involved with different shapes. As well as sizes and how to position them in your board. All attributes that can determine your paddling performance (and fun) on the water.

To avoid any confusion we’ve decided to tackle this subject head on. This is to help you better understand what each fin on the market is used for. How a different position in the fin box can be used in different paddling circumstances. And the main differences and uses between the fins we personally sell in our shop.

At Atoll, our goal is to provide you with the best paddling gear on the market. We do this to ensure you have a fantastic time on the water. But beyond that, we’re also here to help you better understand every aspect of SUP. So that you too are armed with the knowledge about the sport you love. To maximize your time on the water (and hopefully guide your friends and family members to do so as well).

Let’s get into it!

As you may already know, there are many different fin shapes and sizes currently floating around out there (pun intended?). This can lead to major confusion. To avoid adding any additional uncertainty, we’re going to attempt to keep this as simple as possible.

To break it down, the shape of a fin can drastically alter the:

-And how easy it is to turn your SUP

Let’s start with a touring or racing fin. These typically have more overall surface area, meaning it is more block-like in construction, as opposed to curved. In addition, they have a wider base and are usually longer and extend deeper into the water.

These basic characteristics will provide you with better stability when the water gets rough. And tracking (the ability to stay straight in the water over a long period of time). Especially when there is more surface area concentrated closer to the base of the fin.

On the other hand, this construction will also make it more difficult to turn as it has more surface area. The more surface area, the more resistance will build up in the water when trying to move it side to side. If you are new to the sport, using a touring fin might feel a bit more sluggish than your average fin.

Typically, anyone looking to paddle long distances, race, tour, or do any ocean paddling will purchase this type of fin.

The standard fin that comes with your 11’ Atoll iSUP is an industry standard for a reason – it provides almost a perfect balance between stability, glide, and maneuverability.

These types of fins are still relatively wide at the base which is good for stability and tracking, but don’t have the increase in surface area like your typical race/touring fin, meaning they are still easy to turn and maneuver in the water. These also work great for the beginner paddler who doesn’t have a powerful stroke to move the extra surface area of a touring/racing fin, especially when turning.

Where they might fall short is in long distance paddling, touring, and in choppy wter compared to the wider touring/racing fin. Without the extra surface area, your board will not feel as stable in comparison.

These fins are great for entry-level paddlers, weekend cruisers, and surfers.

Typically, the average fin measures in at about 8” in length. Of course, depending on style and use, these lengths can vary from 4.6” up to 10”.

The longer the fin, the more it extends deeper into the water, the better tracking it provides for the paddler.

You may be wondering then, why would anyone want to have a shorter fin if longer provides better tracking?

Well, that depends on the environment you will be paddling in. We’ll get into more detail when we go over our River Flex Fin but there is an obvious clue in the name.

It’s important to remember the basics first – the longer the fin, the better the tracking.

Where you place your fin in the fin box is often underutilized and overlooked when it comes to performance in the water.

Placing your fin forward makes it easier to maneuver your board left and right when turning.

If you place it towards the back will stiffen up your board, making it a bit more difficult to turn left or right, but will keep you tracking in a straight line over a longer distance.

Both of these positions are great for performance paddling situations such as surfing (turning your board quicker on the bottom of a wave) or racing (staying straighter and faster over a long distance), but for the average paddler just cruising around, placing the fin in the middle position is the best spot. Here, you will have a good balance between maneuverability and tracking.

Not to be overlooked in the world of fins is the type of fin box your paddle board has. The Atoll iSUP comes standard with a Universal Fin Box or US Fin Box to allow for a wide array of different fins to be used in your board.

This is great if you want to upgrade to an aftermarket fin, or forget yours and need to borrow one from a friend.

Before you decide to purchase a board, always note what type of fin box it has so that you know what types of fins you will have to purchase for the future.

At Atoll, we offer a few different fin varieties that will get you on the water, successfully paddling in the environment you wish to be in.

As we have already explained, this type of fin is fantastic for long distance paddling, keeps you tracking straight, and provides a serious increase in stability.

Added bonus, because it is for a US Fin Box, it can be used in other brands of paddle boards along with your Atoll iSUP.

Our 8” Flex Fin is shaped just like our standard Atoll inflatable paddle board fin with one major difference. As the name implies, the fin itself is flexible. This is the perfect fin for paddling in shallow water, where there might be rocks, trees, and other debris because it will flex on impact instead of breaking, or possibly damaging your fin box.

Last, we have our 4.6“ River Fin. This is the smallest fin in our lineup. This one is specifically designed for the adventurous river paddler ready to take on the currents of moving water. This fin is perfect for shallow water where you might bump into rocks and trees. With the added benefit of being much smaller than our other flex fin, this river fin will help you miss obstacles in shallow river beds. And with it being flexible, it will bend long before it breaks. Either the fin itself or your fin box!

There are plenty of inflatable paddle board fins on the market to match the type of paddling skill you possess. And the environment you plan on paddling in with your Atoll iSUP. We hope this brief introduction into the different sizes, shapes, and positions helps you to make a better decision if it’s your first purchase. Or you plan on heading into a different environment. With all of this being said however, if you stick to the standard fin included with your Atoll iSUP package, we guarantee you will be happily paddling all season long.

Have question or comments? Drop us a message! Our inbox is always open and we’re ready to provide you with the information you need to get on the water and keep adventuring on. 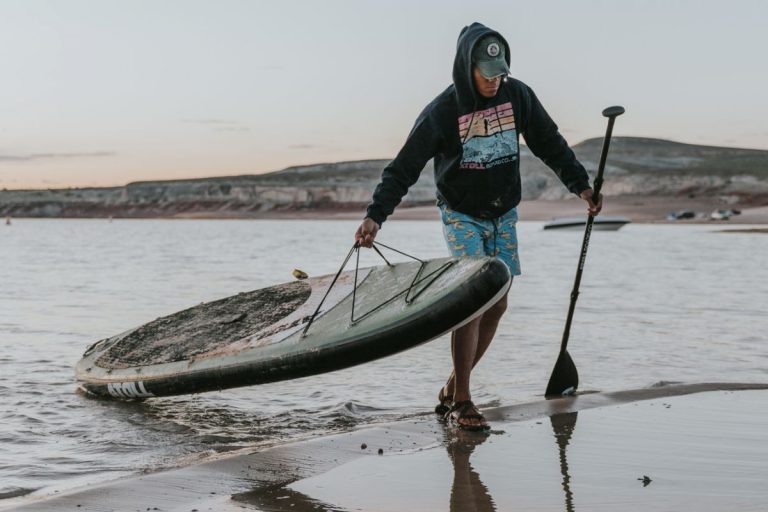 Reasons to Upgrade Your Stand-Up Paddle Board 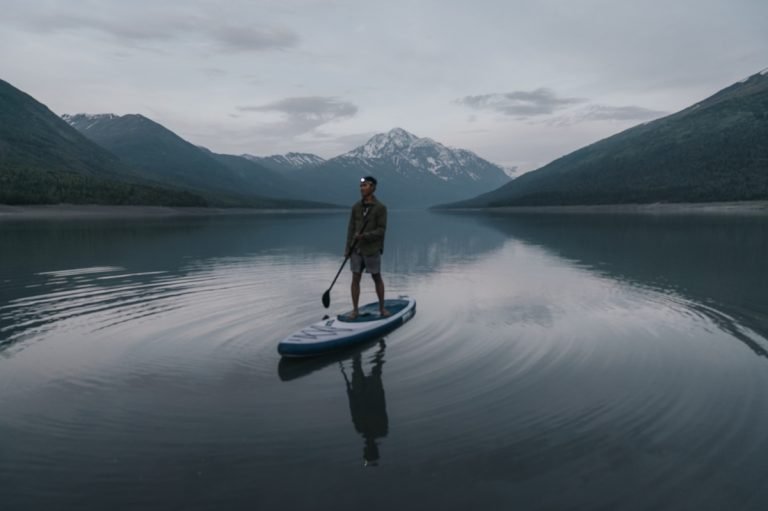 Why Are iSUPs Better Than Hard SUPs? 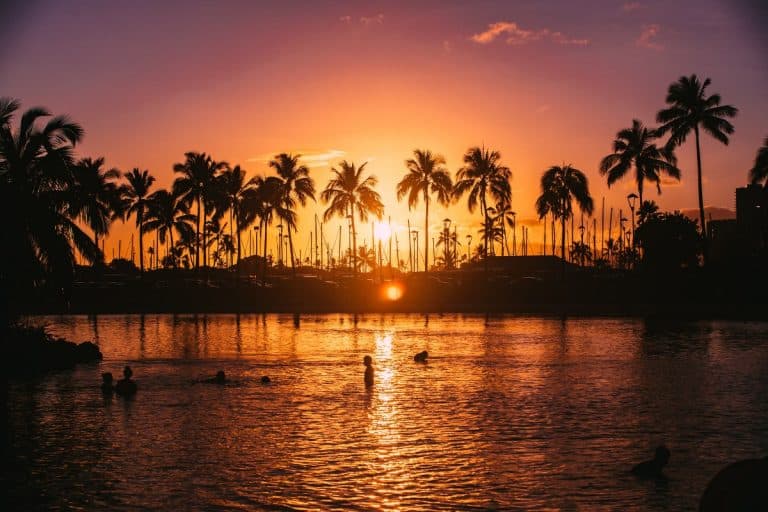 Best Tips for Paddle Boarding in the Snow